What is Bitcoin Halving and How Does it Affect the Supply and Price?

Some posts on The Crypto Adviser contain affiliate links. We link to these companies because of their quality. Whether or not you decide to use these links is completely up to you.

When someone mines Bitcoin they’re given a reward – halving simply means the reward received is half what it was before.

Halving occurs once every 210,000 blocks and happens approximately every four years until all the 21 million (or thereabouts) Bitcoins are mined, sometime around 2140.

Bitcoin mining today is expensive – specialist equipment and vast amounts of electricity are used to keep the blockchain in order and Bitcoin transactions flowing freely around the globe.

At the current difficult rate, mining a block to receive a reward takes approximately 10 minutes.

This means around 144 blocks a day on average are found. This equates to some 900 Bitcoins freshly minted Bitcoins per day.

A way to control the distribution of Bitcoins?

Why the halving formula was chosen remains a mystery to this day. Given the fact that the pseudonymous creator of Bitcoin, Satoshi Nakamoto, has vanished into thin air, we may never know.

Some have speculated that the mysterious Satoshi, who may be an individual or group of people, hinted that halving was simply a way to control the distribution of coins at a constant rate, while weighing up the effects of inflation and deflation on the cryptocurrency.

Whether this is true or not, halving events are important because they reduce the number of new Bitcoins produced thus limiting the supply to the market.

Does Bitcoin halving cause the price to rise?

Halving events are often surrounded by hype because many financial commentators and Bitcoin enthusiasts believe they lead to price increases.

While immediate impacts on the market have been small historically, there have been gradual increases in the price of Bitcoin after each halving event so far.

Some believe this is a delayed response to the halving, while others would argue that halvings are already priced into the market because there is a certain degree of predictability about them.

If a halving event doesn’t increase price and demand, then it begs the question: what is the incentive for miners to continue operating?

Fortunately, Bitcoin is clever and solves this problem by featuring a process which allows for the difficulty involved in earning a reward to be tweaked.

If a halving event does not see the value of Bitcoin increase, then the mining difficulty settings can be reduced to ensure that miners are motivated to continue their work.

Simply put, although the block reward may have been reduced, the mining process becomes easier.

The history of Bitcoin halving

These are the halvings expected this decade, but these events will continue until around 2140.

After the last Bitcoin halving miners will no longer receive block rewards, but this doesn’t mean their income will disappear.

Each Bitcoin transaction that’s made also earns miners a fee for facilitating it. Currently, it’s expected that this will become the main source of income for Bitcoin miners.

Of course, other developments may supersede this, but baring any huge leaps forward in medical science, no-one involved in the process today will be around to see how the future of Bitcoin ultimately develops!

Adam is the founder of The Crypto Adviser which offers experts guides and reviews on all things related to Bitcoin and cryptocurrency.
Adam is Diploma for Financial Advisers (DipFA) Level 4 qualified, a Member of the London Institute of Banking and Finance (MLIBF), and has worked for many years as a journalist and PR consultant, having studied with the National Council for the Training of Journalists (NCTJ). 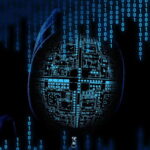 15 Common Bitcoin and Crypto Scams and How to Avoid Them

Do I Need an Accountant or Financial Adviser to Help with My Cryptocurrency?

The Best Apps for Buying Bitcoin and Other Cryptos

10 Surprising and Weird Facts About Bitcoin

Is Bitcoin a Good Investment in 2021?

Is My Bitcoin Safe on Coinbase, Binance and other Cryptocurrency Exchanges?

What is a Bitcoin Mixer and How Does it Keep Your Transactions Anonymous?

This One Simple Tip Will Make You a Better Trader

The Beginner’s Guide to Buying Bitcoin

What are Stablecoins and are they Cryptocurrencies?

Do I Need an Accountant or Financial Adviser to Help with My Cryptocurrency?

What are Bitcoins and How Do They Work?

Do I Have to Pay Inheritance Tax on My Bitcoin and can My Cryptoassets be inherited?

Disclaimer: This article is for informational purposes only and does not constitute financial or investment advice.

How Do I Start Investing in Crypto and Where’s the Best Place to Buy Bitcoin?

10 Surprising and Weird Facts About Bitcoin

What Are Bitcoin ATMs and How Do They Work?

Are Bitcoin Transactions and Transfers Anonymous or Traceable?

Is My Bitcoin Covered by the Financial Services Compensation Scheme?